Czech and Spanish students were asked to make photos of their favourite architectural sight. The most interesting of them took part in the photo contest, where Spanish students voted about Czech photos and vice versa. Each student had three votes to choose the best photo (which received 3 points), 2nd best photo (2 points) and 3rd best photo (1 point). 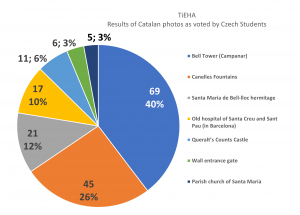 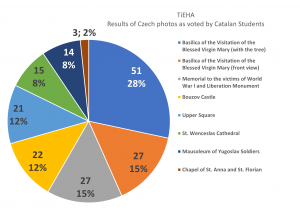